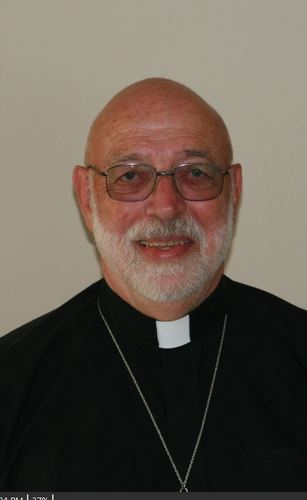 A high school drop out, Claude Mury ‘enjoyed’ a wide variety of jobs in his quest for more education: this included, amongst other things, work in wood shops, washing dishes, driving ambulance and busses, selling life insurance, and teaching. Having earned degrees in education and theology, he was made a Deacon for the Diocese of Athabasca in 1979, and subsequently ordered a Priest for the Diocese of Edmonton in order to engage in non-stipendiary work. In 1984, after much prayerful consideration, he enrolled in the Canadian Armed Forces as a regular force chaplain, and served in the following capacities: at CFB Halifax as the Squadron Chaplain to 1 Canadian Destroyer Squadron, at CFB Montreal as the Base Chaplain, then at Esquimalt as the Senior Chaplain, Maritime Forces Pacific, and lastly as the Wing Chaplain, 19 Wing Comox.  Interspersed in that were a number of six month long tours: one with the NATO Standing Naval Force Atlantic, and three United Nations tours, one each to Cyprus, the Golan Heights, and with the U.N. Stabilization Mission Haiti. Since retiring in December 2000, he has done some locums, but for the most part has been enjoying the blessings of the land with the fruits of his labours. Married to Joan (Gittins), whose support has been key in anything he accomplished. Claude and Joan have two adult children: Brian a computer engineer, and Jeannette a dental hygienist.